Been tapping my thumbs quite a bit on twitter lately, as it seems many educators have expressing their concerns of various school re-opening plans.

While many of my colleagues have been critical of various governments, my ire has been directed at the teacher unions and their fervent followers.

Obviously, my comments have been questioned by teacher union supporters, What they fail to grasp is how a teacher and passionate public education supporter would take issue with their own unions.

Perhaps a little background is in order for how my view has developed during my 20 + year career.  Being politically minded, I was very interested in the teachers union and its role in public education. Early on I was voted by peers to be my schools collective bargaining rep and later a district federation VP. Here, I received further negotiation training and sat on multiple rounds of negotiations with my corresponding school board.

My rose coloured, idealistic glasses were soon broken, by these experiences. What I soon learned was that the teachers’ union was not concerned about public education at the bargaining table, only teachers. Like many teachers who completed surveys to determine priorities in contract talks, working conditions and facilities were my top concerns.

When I suggested that we push for improvements in this area, I was quickly told where the unions priority lie. We were to get as much money in salaries to teachers. Since unions get paid a percentage of this salary it was in their financial interest to make that happen.  This is big part of the motivation for small class size as it increases the number of dues paying members.

When I asked, “what about the buildings and public education”?

“That’s not our concern”!

Those words have formed the basis of my thinking on all public sector unions ever since. I resigned from union responsibilities soon after, and focused on a very rewarding teaching career.

That is not to say that I don’t believe teacher unions have an important role in our cherished public education system, they do. But what I have found is that when they consume all the oxygen in the room (as they do now) they are a damaging to public education.

This pandemic crisis and strikes leading up to it has clearly shown the damage they can do.

Take for example the current complaint of teachers about the state of repairs needed in public schools. This concern like many coming from teacher union supporters is hard to inhale. Again, teacher unions have always put their financial interest ahead of infrastructure. It’s fine if you want to put money into the buildings, but you better meet the teachers’ financial demands first. If you don’t, teachers will strike, perform work to rule, and or turn on you at the ballot box. Just ask Ontario’s previous governing party, the Ontario Liberals, who put money into infrastructure how political loyalty is only found through meeting never ending salary demands.

I have taken issue with teachers and their union bashing the great public schools where we work. You have fought to make sure that the priority for education dollars went to people over buildings for years. Now you complain?

These damaging, counterproductive public complaints on social media are the best advertising private schools can buy. You may get an HVAC today, but many affluent public education supporters will be gone tomorrow.

While the public image of nurses and health care workers has never been better, the same cannot be said of teachers.  Settling old political scores and fighting for every penny is a terrible look in a pandemic. I have full confidence in public health and the direction they have provided government in their re-opening plans in a very challenging, evolving health crisis. Showing solidarity in this regard would go a long way in building public confidence. Instead we have witnessed a campaign to exploit and sow fear.

The public’s tolerance will only go so far, before that anger will be turned against teachers.  For all the good work Ontario teacher unions tried to nurture before the pandemic, it is being eroded now.

All this is not say that teacher unions and all public sector unions don’t have a role to play in collective bargaining and advocating for labour - they do.  Fighting for fair compensation is important to attract talented public servants.

But it must keep in mind that we serve the tax paying public and we must continually prove our worth to them. This fall is a perfect opportunity to demonstrate once again where our priorities lie – in the dedication and devotion to our students.

Now if this selfless notion is not for you and you want to fight for every dollar coming your way, perhaps public service is not for you. You may want to go teach at a private school.

If we keep this scorched earth strategy going, sadly, they will be hiring. 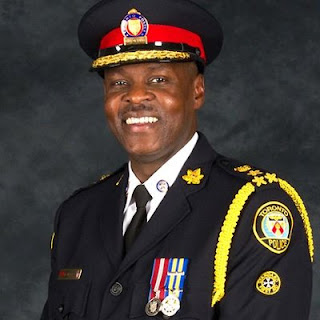 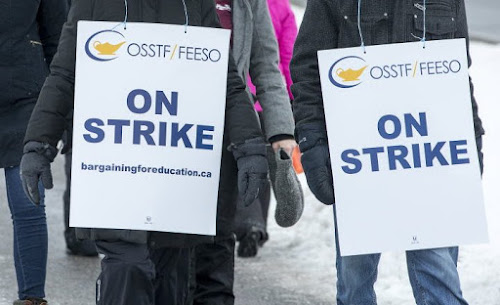